What is the difference between Empathy and Sympathy?

Let’s set aside our thoughts and listen to others. Listening is the most important skill one can learn.  Take time to listen to Celeste Headlee in “10 ways to have a better conversation” on Ted Talks. Conversations are not a promotional opportunity.

At about age 4, children start noticing that some people look physically different from the way they do, and they may begin asking questions such as, “Why is her skin darker than mine?” or “Why don’t I have straight hair like that?” “Parents sometimes panic when they hear these questions, but children are naturally curious, and they’re simply trying to learn,” says Alvin Poussaint, MD, professor of psychiatry at Harvard University and coauthor of Raising Black Children.

The best response is simply to explain that people come in all different colors, shapes, and sizes. Making too big a deal of the question and over-examining differences can signal that there’s something wrong with diversity. “The message you want to send is that, though people may look different on the outside, they’re all the same inside,” Dr. Poussaint says. Use analogies a child can easily understand. Antona Smith, a mom from Lees Summit, Missouri, discusses race with her 3-year-old, Kiden, in terms of ice cream: “We talk about all the people God made—vanilla, chocolate, butterscotch—all different flavors, but all equally good.”

2. Be a positive role model.

Most of us know that it’s wrong to use derogatory terms to describe any ethnic group, but the truth is many people slip up from time to time, muttering a racial slur at a bad driver or generalizing about an ethnic minority. And even people who don’t articulate their prejudices are still likely to harbor hidden biases, studies show. So explore your own behavior to see what subtle messages you might be sending to your child, suggests Dr. Laguna. Do you laugh rather than protest when someone tells a culturally insensitive joke? Do you lock your door when you drive through certain neighborhoods? Do you mimic ethnic accents to try to be funny? “You may not intend to demean anyone, but a child can certainly get the wrong impression,” Dr. Laguna says.

Children often learn to stereotype based on what they see on television, and those images become ingrained early: Even cartoons aimed at toddlers show villains who have foreign names and features and beautiful princesses who are blond and Caucasian. When you see a negative stereotype in the media, point it out to kids and let them know you think it’s wrong, suggests Dr. Poussaint.

Sometimes, your child may be the one to make generalizations and say things like, “All the Black kids in my school are good at basketball” or “Only the Asian kids sign up for the math club.” When that happens, point out that just because some people of a certain ethnicity behave in a certain way, you can’t assume that everyone in that group behaves similarly. Try to find examples that defy the stereotype. Let your child know that it’s never a good idea to make generalizations about people based on race or culture—even when they’re positive ones.

Kids who can put themselves in someone else’s shoes are less likely to tease others for being different. Talk to your child about what he thinks it would be like if he were to be judged for his physical appearance. Ask how he would feel if people were mean to him simply because of the shape of his eyes, what church he went to, or where his parents were from. You can have these discussions with kids as young as 3 and 4 if you keep the concepts basic and the language simple.

5. Expose your child to diversity.

Children today are growing up in a multicultural society, and the earlier they become comfortable with people of other ethnicities, the better prepared they’ll be for the future. Some families actively seek out diverse communities. “We moved here because we wanted to raise our kids in a town where people of different races, religions, and sexual orientations peacefully coexist,” says Kate Newmark, a Caucasian mother of three who lives in Montclair, New Jersey, a town that prides itself on diversity. At age 5, her son already takes racial diversity for granted. “He has friends from all different ethnic backgrounds,” she says.

It’s harder if you live in a homogeneous community, but you should make a concerted effort to expose kids to diversity. Take them to ethnic restaurants, go to museum exhibits and cultural events, and read books celebrating other cultures.

6. Foster a strong sense of identity.

Treating children with basic respect and dignity is the best way to help them develop self-esteem. “Happy, well-adjusted kids tend not to be bigots,” says Peter Langman, Ph.D., director of psychology for KidsPeace, a not-for-profit children’s service agency. “Kids who feel like they aren’t valued tend to look for targets—someone they deem ‘different’—to release their own anger and frustration.”

Building self-esteem is especially important for kids who might be singled out for being in the minority. When Piper Crawford’s daughter, Samar, 7, wanted to know why her hair wasn’t long and straight like her white friends’, Crawford simply emphasized the positive things about curly hair. “I told her that her hair stands up on end because it’s happy,” Crawford says. “Now she thinks her hair is cool.”

7. Don’t tolerate prejudice of any kind.

Last year, Deborah Majerovitz’s 11-year-old son got into trouble at school for using the adjectives “gay” and “retarded” as insults in a Mad Libs book. Immediately afterward, she sat him down for a serious discussion. “I told him it was wrong to use terms like that as an insult,” she says. “We’re Jewish, so I asked him to think carefully about how he would feel if he heard someone use the term Jew in a degrading way.”

The bottom line is that you need to teach kids that all people, despite their differences, deserve respect. If you overlook any kind of bigotry, you’re sending your child the message that it’s okay to feel superior to certain groups. “To raise a tolerant child, you need to help your child learn to value everyone as a human being,” Dr. Langman says. 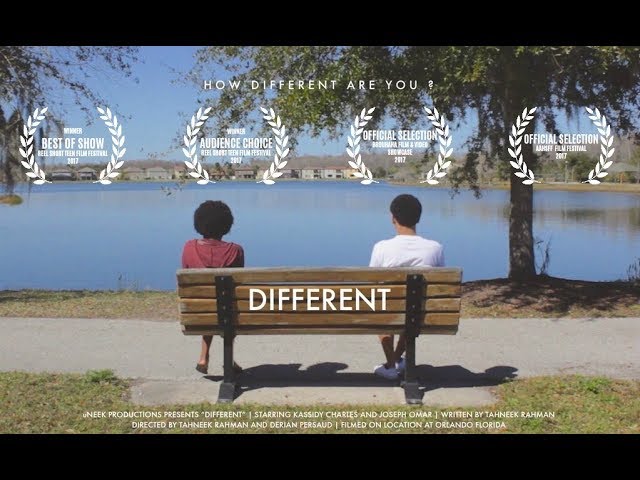 Think about how you could use this video as a stepping stone for a conversation with your child. How would you begin the conversation?

We Are All Different – and THAT’S AWESOME!

Cole Blakeway, a messy ten year old teaches us the value of celebrating differences as he describes his beautiful friendship with Steven, a 44 year old man with Autism. In a world that gravitates to being the same, Cole Blakeway reminds us that we are all different and that’s AWESOME! 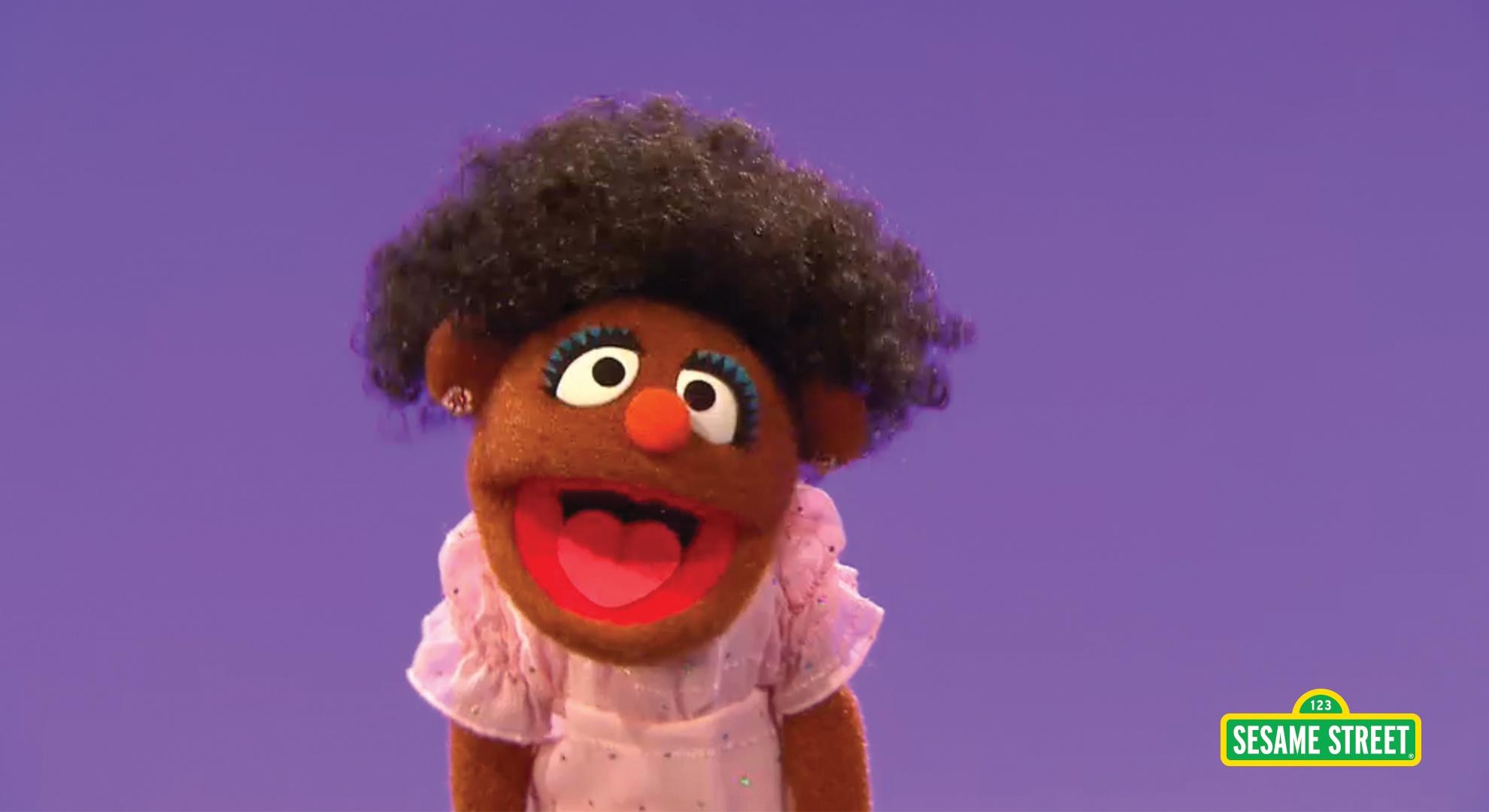