GRPS’ Department of Equity and Inclusion published this wonderful newsletter to bring attention to the many celebrations and observances taking place this month! 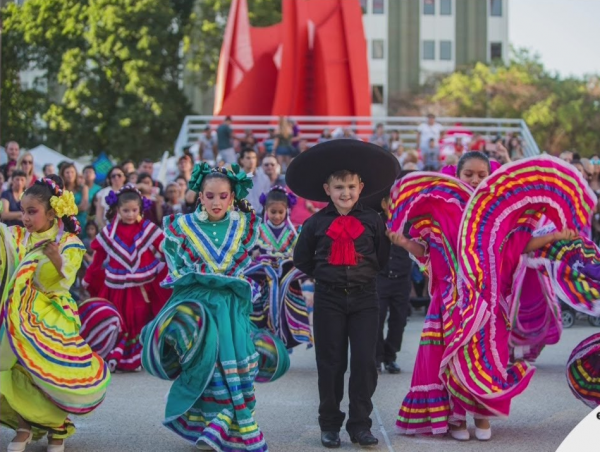 September holds many historical events that are full of significance for people represented in our diverse nation, thus impacting our culture. Here are just a few.  Invite conversations, do more investigation, and continue your journey to cultural competence! You can visit HistoryPlace.com for more. 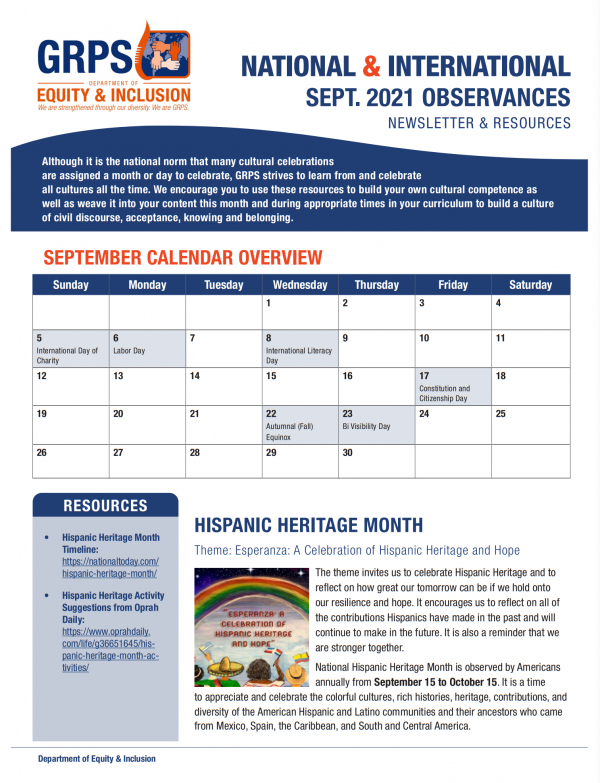 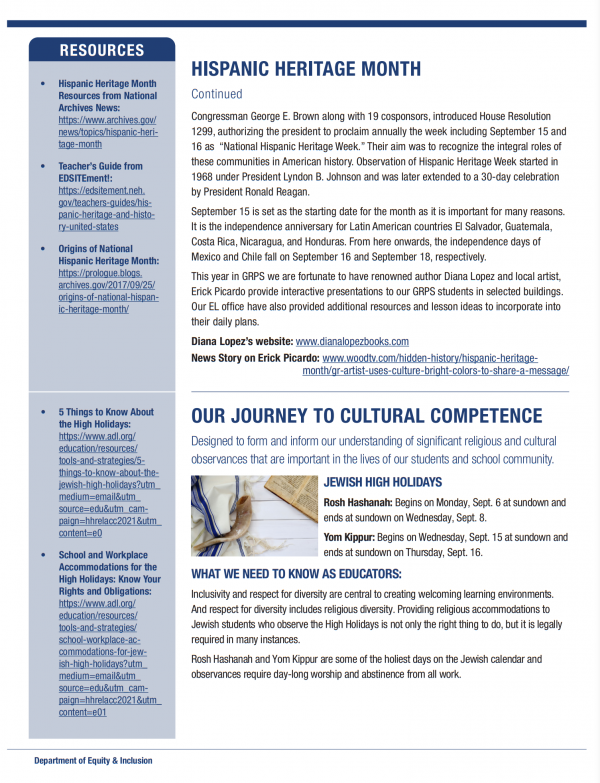 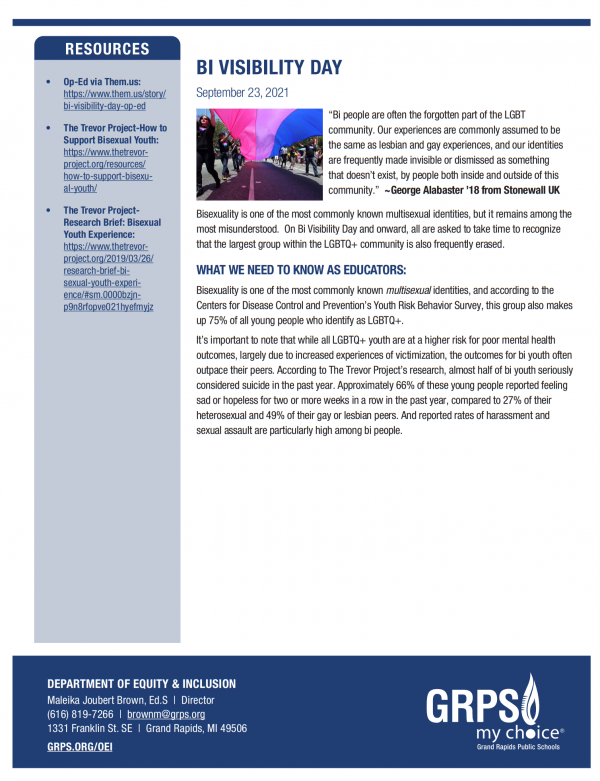