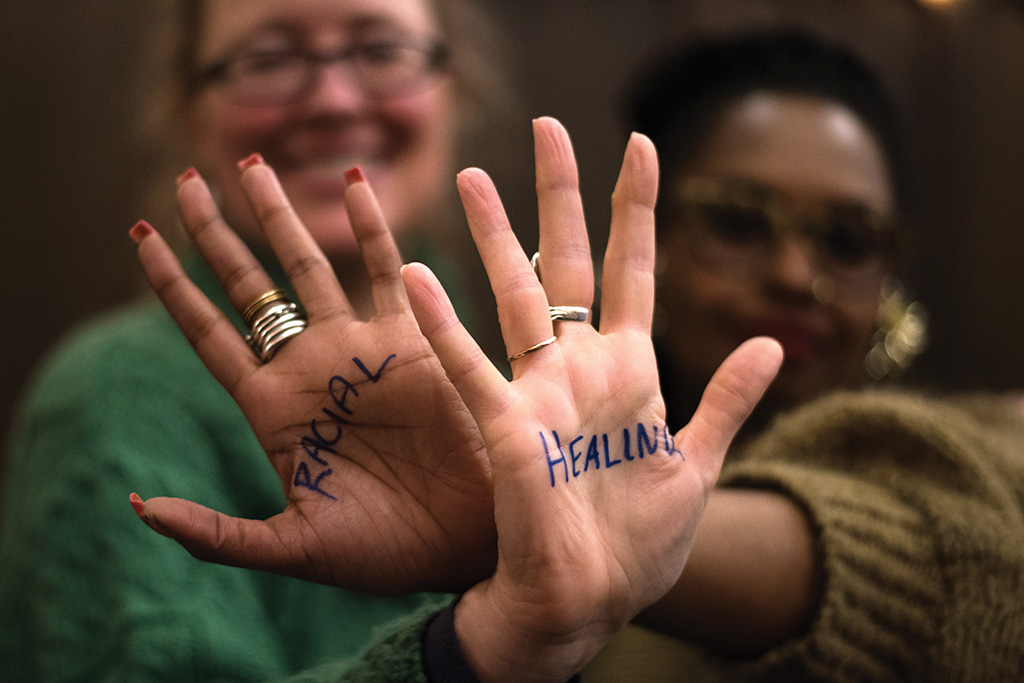 On August 5th, 2020, Governor Gretchen Whitmer declared racism a public health crisis in our state. Around the country, millions of families of color are enduring racial trauma, which is harmful to children’s health. Child Trends says that “events that may cause racial trauma include threats of harm and injury, hate speech, humiliating and shaming events, or any other form of individual, historical, or institutional racism.” 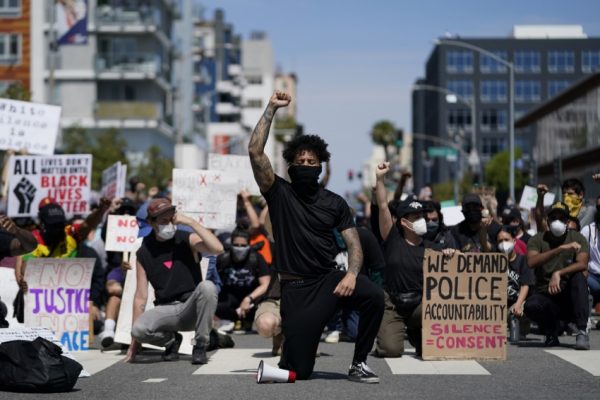 The American Psychological Association has dedicated a portion of their website to Racial and Ethnic Socialization (RES), resources intended to “uplift youth through healthy conversation about race.” Their parent tool “Racial Stress and Self-Care” contains valuable information, including:

To view additional RES resources from the APA, follow this link.

This PDF from the BLM movement represents a comprehensive collection of lessons to empower us toward healing and continued action toward racial justice (click to open PDF):

Talking to Children About Tragedies & Other News Events

The American Academy of Pediatrics (AAP) encourages parents, teachers, child care providers, and others who work closely with children to filter information about the crisis and present it in a way that their child can accommodate, adjust to, and cope with.

Where to Start – All Ages

No matter what age or developmental stage the child is, parents can start by asking a child what they’ve already heard. Most children will have heard something, no matter how old they are. After you ask them what they’ve heard, ask what questions they have.

Older children, teens, and young adults might ask more questions and may request and benefit more from additional information. But no matter what age the child is, it’s best to keep the dialogue straightforward and direct.​

In general, it is best to share basic information with children, not graphic details, or unnecessary details about tragic circumstances. Children and adults alike want to be able to understand enough so they know what’s going on. Graphic information and images should be avoided.

Keep young children away from repetitive graphic images and sounds that may appear on television, radio, social media, computers, etc.

With older children, if you do want them to watch the news, record it ahead of time. That allows you to preview it and evaluate its contents before you sit down with them to watch it. Then, as you watch it with them, you can stop, pause, and have a discussion when you need to.

Children will generally follow good advice, but you have to give them some latitude to make decisions about what they’re ready for. You can block them from seeing the newspaper that comes to the door, for example, but not the one on the newsstand. Today, most older children will have access to the news and graphic images through social media and other applications right from their cell phone. You need to be aware of what’s out there and take steps in advance to talk to children about what they might hear or see.

The reality is that even children as young as 4 years old will hear about major crisis events. It’s best that they hear about it from a parent or caregiver, as opposed to another child or in the media.

Even the youngest child needs accurate information, but you don’t want to be too vague. Simply saying, “Something happened in a faraway town and some people got hurt,” doesn’t tell the child enough about what happened. The child may not understand why this is so different from people getting hurt every day and why so much is being said about it. The underlying message for a parent to convey is, “It’s okay if these things bother you. We are here to support each other.”

After asking your child what they have heard and if they have questions about what occurred during a school shooting, community bombing, natural disaster, or even a disaster in an international country, a parent can say something such as:

“Yes. In [city], [state]” (and here you might need to give some context, depending on whether it’s nearby or far away, for example, ‘That’s a city/state that’s pretty far from/close to here’), there was disaster and many people were hurt. The police and the government are doing their jobs so they can try to make sure that it doesn’t happen again.”

A parent can follow-up as needed based on the child’s reactions and questions.

Talking to Children with Developmental Delays or Disabilities

Parents who have a child with a developmental delay or disability should gear their responses to their child’s developmental level or abilities, rather than their physical, age. If you have a teenage child whose level of intellectual functioning is more similar to a 7-year-old, for instance, gear your response toward her developmental level. Start by giving less information. Provide details or information in the most appropriate and clear way you can.

Talking to Children with an Autism Spectrum Disorder (ASD)

What’s helpful to a child with an ASD may be different. For instance, the child may find less comfort in cuddling than some other children. Parents should try something else that does calm and comfort their child on other occasions. Ask yourself, “Given who my child is, his personality, temperament, and developmental abilities, what might work for him?”

If children don’t have a chance to practice healthy coping, a parent may see signs that they’re having difficulty adjusting. Some of things to look for are:

Sometimes it can be hard to tell if a child is reacting in a typical way to an unusual event or whether they are having real problems coping, and might need extra support. If you are concerned, talk to your child’s pediatrician or a mental health professional or counselor.

Don’t wait for the signs. Start the discussion early, and keep the dialogue going.

Related articles from the October 2021 issue